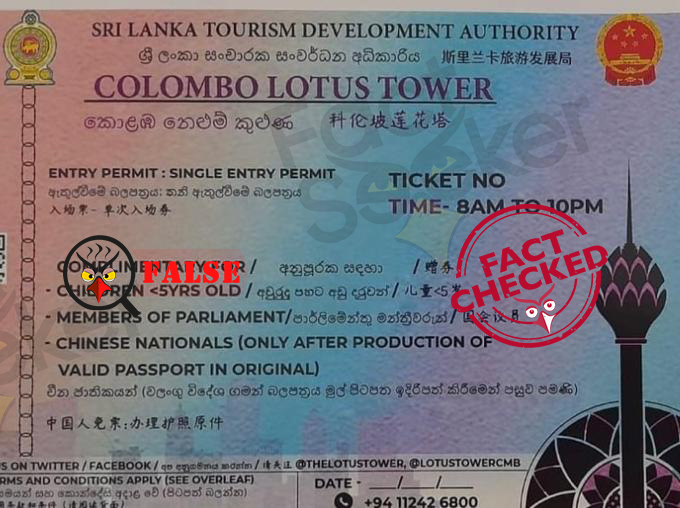 A Lotus Tower observation ticket claiming to be issued by the Sri Lanka Tourism Development Authority was being circulated on social media.

Rumors claimed that the ticket had exempted Tamil and had included Mandarin instead.

When checking the veracity of this ticket, the Sri Lanka Tourism Development Authority confirmed that the said ticket is fake and that they have begun investigations in this regard.

As such the Lotus Tower observation ticket being circulated on social media is fake. Video of a Chinese company producing rice from polythene?

Should a payment of Rs. 30,000 be made in order to take a photo at the recently opened section in the Colombo Port...

Fake news claiming that the People’s Bank of China has issued a Rs. 10,000 note on behalf of the Government of Sri Lanka

Is Uganda’s only international airport handed over to China?

The image of the Colombo Port City Passport is a forgery