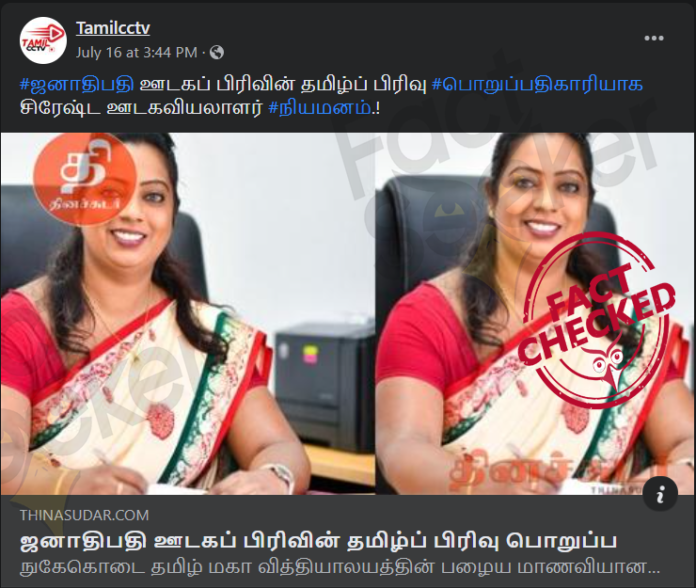 However the fact check made it clear that there had been no official statement issued regarding this appointment.

When contacted Menaka Mookandi confirmed that she had not been informed about such an appointment and that she’s unaware of people spreading this fake news.

As such the news items claiming that Menaka Mookandi has been appointed as the Head of the Tamil Division and the Deputy Director of the President’s Media Division are fake. Is it a statement made by Anura Kumara Dissanayaka?

Why did a Mexican parliamentarian protest about ripping his garments off during a debate?

Fake message that WhatsApp users will get 12 GB free data