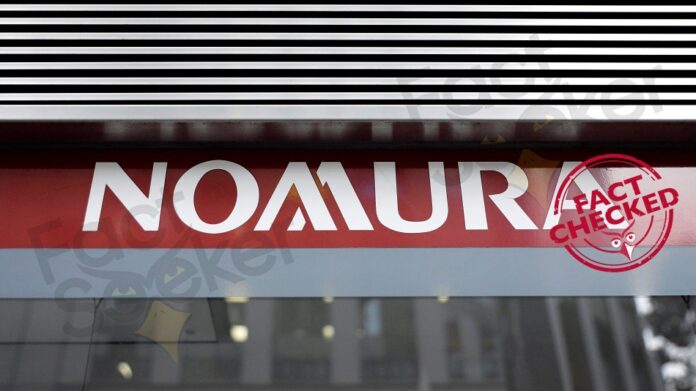 A post shared on Facebook with the heading “Sri Lanka sets the most tragic record in history…” describing that, “According to Damocles that accurately calculates the countries with economic collapse, Sri Lanka comes first. This is issued by the Mood Institute in America. Sri Lanka used to rank 7th as per records in February and now Sri Lanka has come to the forefront.”

Further, a graph in this post indicates that Sri Lanka has made the first among other countries in terms of the economic crisis. During the technical investigation conducted on this, we discovered that the graph attached to the post is a record dated back in September 2018 and the records have been accurate where Sri Lanka was identified as a country at a high risk of exchange rate crisis in the next 12 months. Damocles record is an early warning indicator of the impending market exchange rate crises. It is a tool that provides a wake-up call for the countries indicating the importance of being prepared for the worst. It is a framework that was designed by “Nomura”, a global financial group provinding investment and financial services.

However, we also found that the recent records of Damocles dated February, 2021 rank Sri Lanka in 4th place and Egypt and Turkey are countries at high risk of economic collapse.

Therefore, it is confirmed that the post in circulation stating that Sri Lanka has ranked first in terms of economic collapse according to Damocles indicator is a misleading post and the graph attached shows records from September 2018.