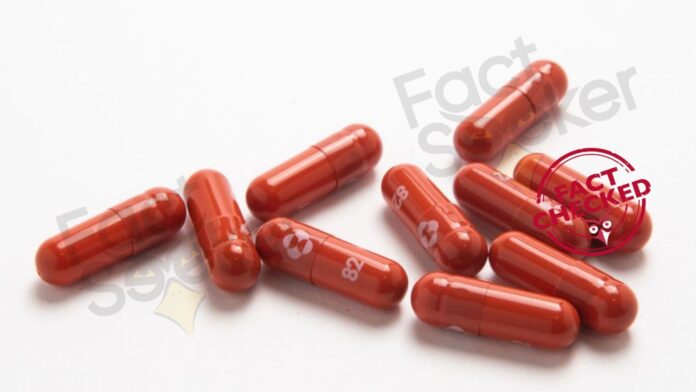 News with the headline reading “Take this drug and corona is over, a superb capsule from America. Clinical trials are over” was published by the Lanka C News website on 4th October, 2021.

The news under the particular headline; This drug is safe and could be used at home under the prescription of a doctor and it reduces the risk of hospitalization for corona infections.”

The experts in the general field have emphasized that the effect of the Molnupiravir antiviral capsule is not an alternative to the vaccine.

They suggest that the antiviral drug Molnupiravir, can reduce the risk of death or hospitalization by about 50% for people who are at high risk under severe conditions of infection.

When Molnupiravir was introduced

UNC and scientists conclude that Molnupiravir is a small pill that may change the course of treating Covid-19.
Furthermore, Dr. Cameron Wolf explains that “it is an active antiviral agent.”

Therefore, although there is a lot of foreign news regarding Molnupiravir, it has not been officially approved for use yet.

No scientist has declared that COVID-19 could be cured right away by using Molnupiravir so far.

Other links to the news

Therefore, the news item released by Lanka C News on the website stating that America has invented a pill that cures COVID in one gulp is misleading. Is it a video showing Jackson Anthony’s accident?