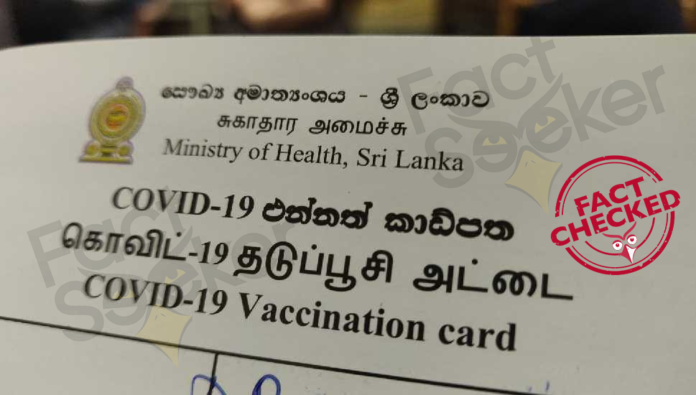 Posts shared  on Facebook reading “Is there anything else needed to prove that Sir has failed?”

We are in the state of Australia when it comes to vaccination.While Australia gives 50,000 COVID doses per day, we were only able to roll out  400,000 doses here in  Sri Lanka”

“Not only Sir, this whole Sinhala government is failed” Furthermore, an image of a graph is added to the post mentioning that “Sri Lanka surpassed Australia and World Average in Vaccination drive”  indicating the population rate of those who received at least the first dose of a vaccine. 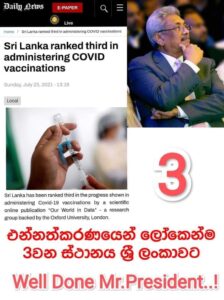 The post has mentioned that 400,000 doses have been rolled out in Sri Lanka. However, upon checking the records of the Epidemiological unit it was revealed that only 320,272 doses have been given as of  25th of July. (Source- https://cutt.ly/JQoXYFI) 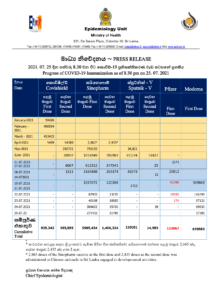 In order to fact check the veracity of these posts we referred to the data in the graph with that of the website https://ourworldindata.org/. This website records the total number of vaccinations, including partial and dual vaccination processes in detail. The chart displays the rolling 7-day average per 100 people in the total population and it is  the data given until 27th of July, 2021 shows that Ecuador has the maximum rate of COVID-19 vaccination until 25th of July. Sri Lanka has surpassed Australia in terms of giving vaccines per 100 persons. 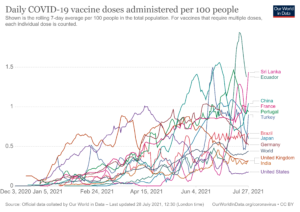 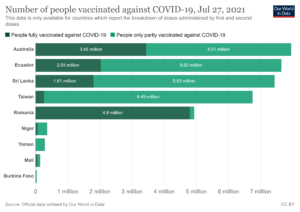 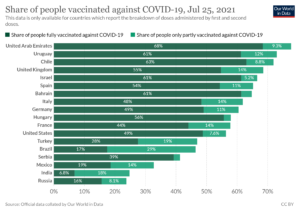 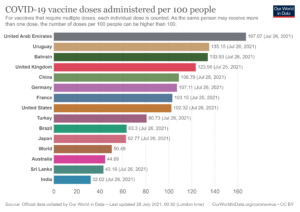 Therefore, according to the report, Sri Lanka has the second highest rate of the rolling 7-day average per 100 people in the total population as of July 25, and does not rank first among the countries with the highest percentage of vaccinated population. Since Sri Lanka has obtained a variety of vaccines such as Covishield, Sinopharm, Sputnik-V, Pfizer, and Moderna, the amount of vaccines rolled out are high but the Facebook posts in circulation remain misleading. 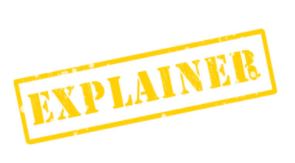 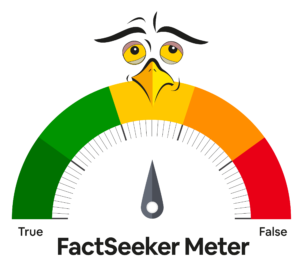