A misleading news item circulates on social media reading, “Will the whole country be locked down from Wednesday due to the long weekend? An announcement from the Army Commander”. 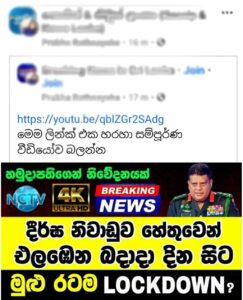 Although the headline reads as a question “Will the whole country be locked down from Wednesday due to a long holiday? An announcement from the Army Commander”, the link to the news only mentions that the police media unit has stated that a quarantine operation will be launched from Wednesday.

The NCTV YouTube channel provides so many news items as such with misleading headlines and these headlines have been reported to FactSeeker as well.

However, after contacting the Military Spokesman Brigadier Sumith Atapattu to confirm the news, he said that no such decision has been made so far.

The military media unit confirmed that no steps have been taken to impose a lockdown since Wednesday. 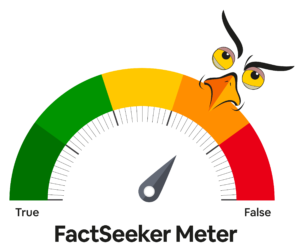 A fake photo said to be a photo of Mr. Ajith Rohana