0
(0)
Photographs of several members of the Samagi Jana Balawegaya party in clothes with the traditional mask print on black outfits are shared on social media on 21.04.2021 invoking humour. 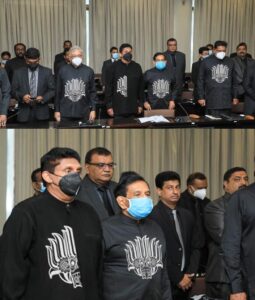 After verifying these photographs it was revealed that the images were edited. Today (21) the Members of the Samagi Jana Balawega (JJP) commemorated the 2nd anniversary of the terrorist attack that took place on Easter Sunday, 21.04.2019. The photographs taken during the 2-minute silence at 8.45 a.m have been edited as follows. 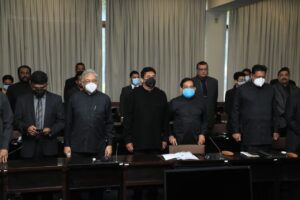 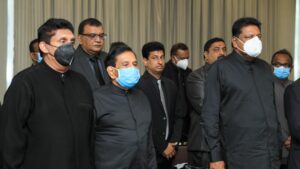 Accordingly, it is revealed that the photographs shared on social media that several parliamentarians of the Samagi Jana Balawegaya party in black outfits with the traditional mask print on are subtly edited fake photos.

Fake message that phones, TVs, and smartwatches are offered from Dialog

Could alcohol be delivered home online?