A post is shared on social media stating that Ms. Bhagya Abeyratne, who spoke about the destruction of Sinharaja on media has been awarded the SLIM Nielsen Award.

Investigations into the image in this post revealed that the picture was not from the SLIM Nielsen Awards ceremony, but a picture which was taken from when the monks who visited the Rambuka Sri Sunandarama Purana Viharaya on March 24, 2020, had invited members of the Environmental Committee of the National Intellectual Organization and felicitated Bhagya Abeyratne presenting her a token of appreciation. 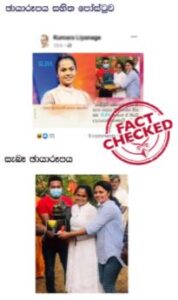 The above post has been manipulated using an image from the event. 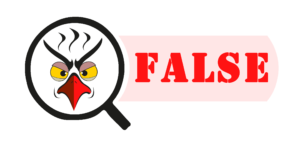