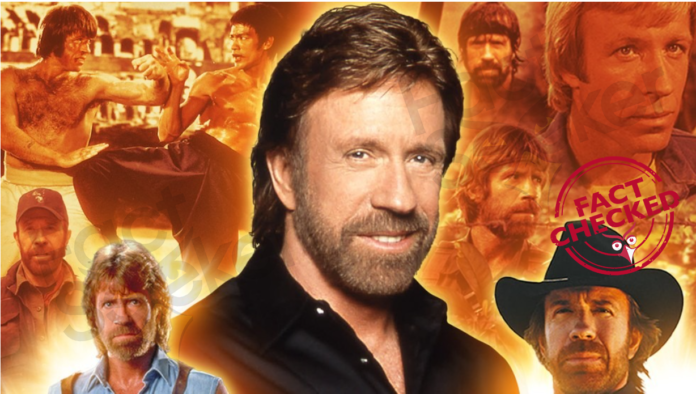 According to a news item circulating on social media in Sri Lanka, the famous American actor and film director Mr. Chuck Norris has died of the COVID-19 virus.

An inquiry into the news revealed that no news of the actor’s death had been reported in the international media outlets. Further investigation revealed that a number of fake news and posts about the death of actor Chuck Norris had been circulating in international social media by mid-2020. International news agencies have repeatedly confirmed that the news was untrue.