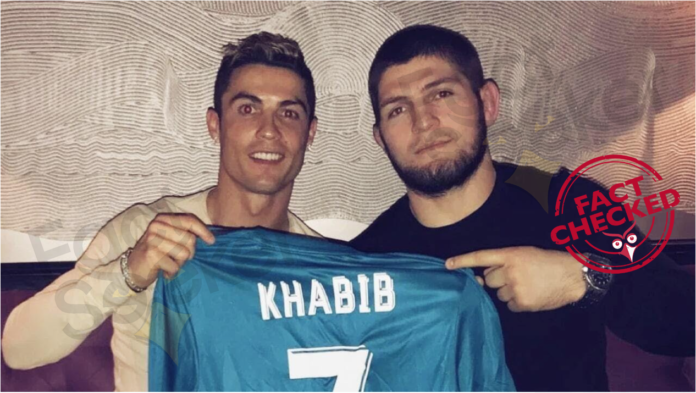 A post is circulating on social media with a jersey held together by the football star Cristiano Ronaldo and retired wrestler Kabeeb Nurmagadov with a caption reading, “We Respect KHABIB Sri Lanka Don’t CREMATE OUR DEAD BODIES janaza”. The investigation revealed that the photo had been forged.

Examination of the photo revealed that it was of the wrestler Kabeeb Normagado had announced his retirement from the UFC (Ultimate Fighting Championship) tournament, and footballer Cristiano Ronaldo had congratulated him on the occasion.